The Highs and Lows of Cry Wolf Movie

If you love suspense/ horror movie, the Cry Wolf Movie is one that served you well. If you have not watched the movie yet, you are missing a lot and you should do so with the next available opportunity. Before I watched it, I nearly believed the critics that the movie may not be up to per. However, after watching it, I realized that I would include it in my all time top twenty movies at any given time. Here are some of the highs and the lows that I found the movie to have.

“In as much as Cry Wolf is a must-watch movie, you may have to put up with some undoing during the adventure.”

1. Has an awesome intro

Many people judge a movie just by looking at its intro. If you are such a person, this movie will appeal to you. Cry Wolf starts with a Scream Slasher mode before gaining momentum slowly but steadily. The spoiled rich kids characters in the movie embark on a mission of tricking their school authorities that there are human killers in the institution. To make the matters interesting, there is a possibility that there are actual human killers in the school.

Julian Morris and Lindy Booth who happen to be the leads in the movie are very good at what they do. Taking Booth’s character as an example, she works so well to the point that all she needs is the latter to accomplish the former.

Jon Bon Jovi is another actor that does well in the film. He puts himself in a position where he can teach and have everybody believing that he is telling the truth. Considering the path of work that he chooses, Bon Jovi is a joyful character who makes his audience happy.

3. Does not have so many clichés

Unlike other movies that I have watched, Cry Wolf takes me off the cliché world. For example, the characters in the movie use bright ideas like the victim tricking the killer that he has used the door as an exit while in the real sense he has not. I found this intriguing because it took me away from the scream, run and hide type of horror movies that I am used to watching.

In as much as Cry Wolf is a must-watch movie, you may have to put up with some undoing during the adventure. Some of its main low moments include:

Classifying this movie as a horror movie was a bit overboard in my opinion. The violence and other “gross” activities occurring in this movie did not scare me even for a moment. The film is about some characters that lie of a possible existence of human killers in the institution. There is no way that would be scary for anybody older than 13 years.

Did you know that actresses inthe Cry Wolf movie could be mistaken with a lot of stars from adult-themed series of Bratty Sis. While it’s totally different genre of movies, the bratty sisters series is all about these girls in our families that are very bratty and want everything here and now. Does it light a lamp in your head? Yes, just the same as in the Cry Wolf! If you are adult person, you might want to browse some of the episodes of the adult series. Can you find resemblance of the actresses? 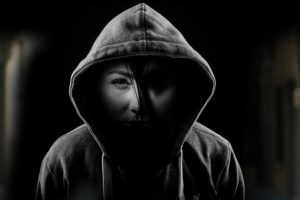 Cry Wolf movie is one that is intriguing and some people rate is as a horror movie. What I like about it is that its actors act to the best of their abilities and always drive the point home. The set up of the movie and its conflict building is also top notch.